Very early this year (2015), American Girl filed several new trademarks under the name Wellie-Wishers. Since then, there has been a lot of speculation about what this new trademark means. Some rumors have guessed it could be a revamp of the Bitty Twins lines, and other rumors indicate it could be a new line of dolls from AG that are different from the current Bitty, BeForever, Truly Me, and Girl of the Year lines. This potential new line of dolls would be a different scale and perhaps gap the age/size difference between the Bitty (infant dolls) line and the full sized dolls (meant to represent 8-12 year old girls), or perhaps be a line of fashion/collector dolls.

Very recently, the wonderful cdaizybug received a skirt she bought online which showed the Wellie-Wishers logo clothing tag, and was kind enough to take a few photos and send them to us to share.


*Do not repost/copy/claim these images without written permission.* 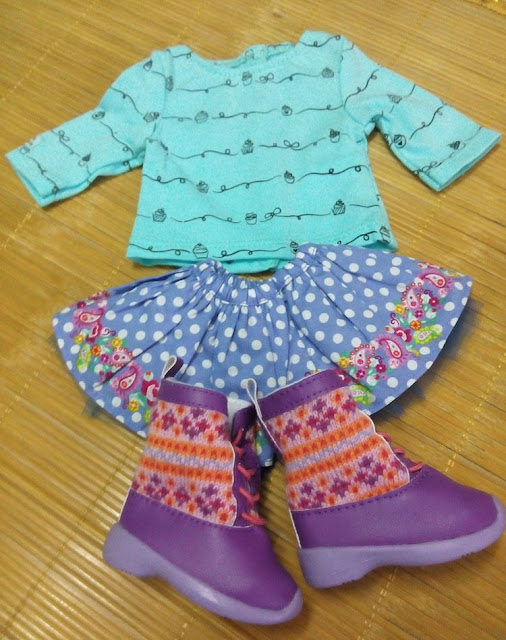 This was the original auction photo the skirt was shown in, which cdaizybug purchased. The shirt (from Grace's Baking Outfit) and the boots (from a Truly Me outfit) are both for the full sized 18 inch dolls. Only the blue skirt has the Wellie-Wishers clothing tag.
It looks small, but she assumed it was the elastic in the skirt that scrunched it up. 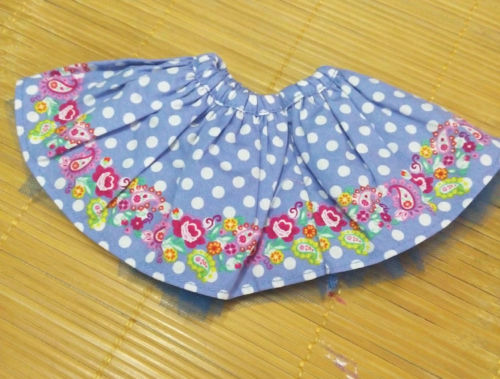 Here is an image of just the skirt alone. 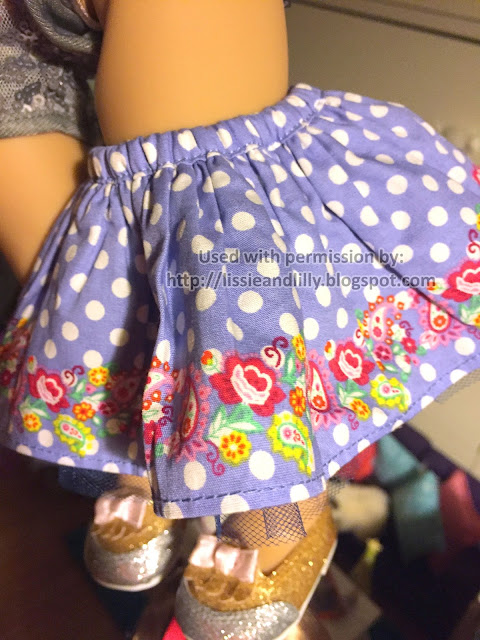 So as you can see, the waist of the skirt does not fit an 18 inch AG doll's waist. Cdaizybug reported that she could pull the waist over both ankles of the doll's feet but by that point the elastic had completely stretched out. In this photo, she has pulled the skirt up to the thigh on one leg of the full sized 18 inch AG doll, and the elastic, while not stretched out, is tight enough that the skirt does not fall down. 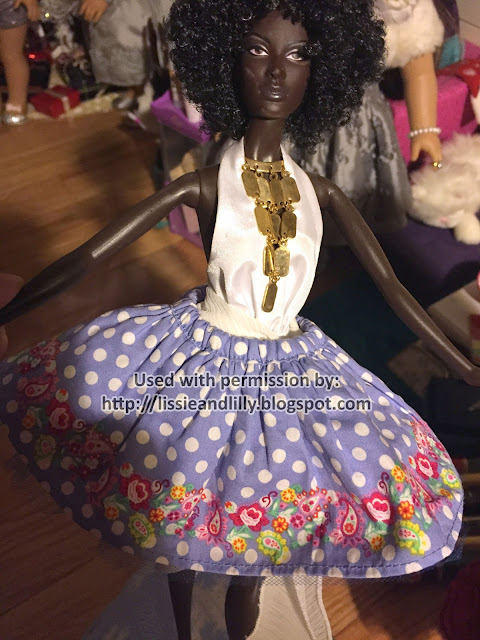 The waist line modeled on this doll which has similar proportions to the Barbie dolls shows that the waistline is a little too large for this scale as well. According to cdaizybug, the measurements for the skirt are:
Waist length (hip to hip) - 2.75 inches
Skirt length - 3.25 inches 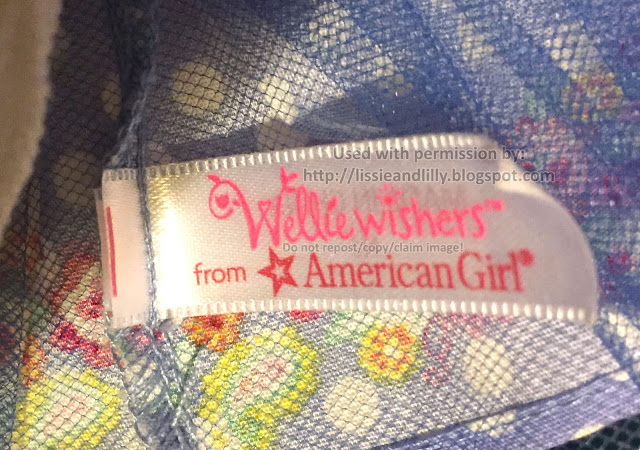 
After seeing these photos, my guess is that Wellie Wishers will be a new line of dolls from AG. The logo looks super cutsy so I don't think these will be collector/fashion dolls. Instead I would guess they would be around the 14-16 inch mark, about the size of the Hearts 4 Hearts dolls or Corolle dolls. I am assuming we will see this line debut sometime next summer/fall since we have had so few leaks. All of these are just my own theories and guesses though, and not based off of anything so please take them with an ocean of salt. ^_^

Email ThisBlogThis!Share to TwitterShare to FacebookShare to Pinterest
Labels: News